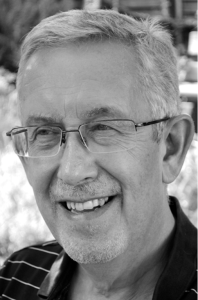 I know David from a writing and critiquing site we are both members of. He always has good writing advice, and his dry sense of humor always makes me smile. Learning and improving to speak different languages is important to him. I hear that in his younger days, he loved to read Scifi and fantasy. Now he’s turned his attention to women’s fiction, and he does a splendid job with the genre.

He claims to be laughed at for saying that his idea of a good Saturday night is staying in and reading the Vulgate. At the moment he’s getting a kick out of reading Harry Potter in Turkish. Personally, I think it’s cool.

It gives me great pleasure to introduce you to David Neilson.

Good day, David. I hope this finds you well. One of the burning questions I know I’d like to ask you is, why do you write historical crime?

David: The notion of working in noir always appealed to me, but I had no sense of a suitable main character. At the same time, I felt very much at home in central Europe and in the Rococo, the period of Mozart and the Habsburg empress Maria Theresia. It was only when it occurred to me to try something noirish in that place and time that Sophie Rathenau, the main character in my series, turned up and demanded to be written about.

How interesting! Does your main character face dangers that you couldn’t handle yourself? How would you respond instead?

David: Sophie faces threats I would simply run from: imprisonment, injury, death. She’s had encounters with grim grenadiers and homicidal Croat pandours, and her boss has often threatened to lock her up. That she possesses the nerve I lack probably means one of two things, either that I’m a hypocrite who plays at confronting unpleasant realities, or that I’m slowly working up a bit of the courage that one day, like everyone else, I’m going to need. I suspect it’s more the latter.

What are you currently working on and what is it about?

David: I’m now on the third in the series. It’s set in Venice, where Sophie is guarding Isabella, the wayward daughter of Maria Theresia. It’s obvious from the start that Isabella is going to misbehave, dragging Sophie into a war with Corona, a Venetian moneylender who warned her years before never to return. A lot of the fun, for me, arises from Isabella’s fling with Lorenzo da Ponte, who will later become Mozart’s librettist, but who, at this point in his life, is a louche, down-at-heel, thoroughly disreputable wordsmith.

When you develop characters do you already know who they are before you begin writing or do you let them develop as you go?

David: The characters have always tended to appear just as required, as if listening out for their cues. Although I know what each is supposed to be doing there, it’s always good when they strike out on their own, expressing some reality about their own lives I hadn’t foreseen. Among the most interesting aspects, I’ve found, is that Sophie brings a host of female characters in her wake; and curiously enough, working from her point of view, the male characters strike me as much more plausible than those I produced before she showed up.

Your character, Sophie sounds very exciting and interesting. How do you publish your writing and why?

David: I self-publish, which is far from ideal—and actually rather galling, given that years ago I’d been discussing these books with a major publisher in a deal that went wrong. Still, the arrangement has some advantages for me: I can go at my own pace and please myself as to how to produce them. A critical eye is always cast over the text, via my membership of the writers’ site Scribophile—surely the world’s best—and the first two books were edited and proofread to exacting professional standards.

My readership, I’ve discovered, is decidedly literate women of a certain age, readers who aren’t troubled by the unusual language and settings. It could be, though, that I’ve a problem with such a sophisticated clientele: I suspect they’re not always very keen on e-books, any more than I am myself.

What marketing strategies do you find most helpful? Any resources you would recommend to other authors or aspiring authors? What is your best marketing tip?

David: For someone who worked in marketing—and who was, I think, held to be good at it—I’m terrible at punting my own books. I have a huge database of leads, ideas, and suggestions I’ve not yet followed up, and that I’ve promised myself I’ll pursue energetically when Serene is ready for publication. By which time, I’ve assured myself, I can reasonably talk about having a series.

There are two central marketing tips all aspiring writers should know: the first is to write for a well-defined market and be keenly aware of your niche within it, so buyers can find your books easily, and the second is to ignore the markets and write exactly what you want, until, some day, the market finds you. Of course these are quite incompatible! I’m following the second approach, and am still hoping these hordes of readers will turn up.

Great advice! Do you read your reviews?

David: I don’t get so many that I could possibly miss one, so yes, I read each with great interest and would welcome a great many more. Fortunately, I haven’t really had bad reviews for Sophie, but when one does show up that tears me to shreds, I’m confident that I’ll follow the golden rule and not respond. Reviews are supposed to be a learning experience, of course; just the same, I think I already have a shrewd idea of the great weaknesses of the series (of and each book). Not that I’m planning to share these insights…

I’d like to end with a couple of personal questions. Which famous person (or author), living or dead would you like to meet and why?

David: More than any other writer, my master is C S Lewis, though of course I’m turning out work very different from his. I always think of him, somehow, as a friend, and for that reason it would be fascinating to have met him and discover what he was really like, moment by moment. At least in theory: I’ve an idea that I would be very uncomfortable indeed, just as I was the night I encountered Robert B Parker, a noir writer whose influence on the Sophie books is much more obvious. On that occasion I barely got a word out.

What are your favorite movies and why?

David: The movies I like best probably reflect something of the way I write, which is another way of saying that they influenced me hugely, much more than novels ever did. They’re classics of the thirties and forties, films like Now, Voyager, Random Harvest, My Man Godfrey – anything with people like Bette Davis, George Brent, or William Powell in it. I love the literate, even stagey, dialogue in that sort of film, and the way it conveys strong feeling while masking it in precise expression. I’ve been trying to do that for years, largely after their model.

Boo, our time is up. Thanks for stopping by and giving us a peek into your life.

Scottish, born in Glasgow, and for many years I worked as a teacher and educational marketer. Nowadays I live on the Rhine, a little to the south of Bonn, Germany.

Be sure to keep up with all of David’s works and what’s going on by following him on Pinterest and his website dedicated to his series.