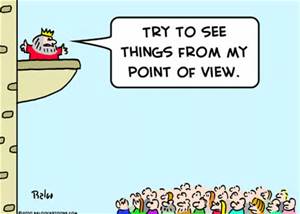 Whose Head Are We In?

No need for complication, no need to stress. All you have to do is decide who is going to tell the story, and then maintain that POV to the end. Easy peasy, right? Not if you don’t have some tools in your toolbox to help you. A poorly maintained POV means confusion, gives the story an amateurish look, and cracks the foundation. What happens to your house if you have a cracked foundation? 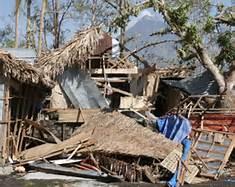 Boiling It All Down

I always like to put all the information into a big pot and boil it all down to the basics. I like things simple, easy, and stress-free. My explanation of the different points of view are the bare basics. For the more technically inclined people, who want a more in-depth look, I have linked good, more detailed explanations in the following sub-titles. Click on the next 5 sub-titles for more in-depth information.

Don’t need another lesson on the different POVs? Scroll past that part for tips and tricks to easily maintain the point of view.

There are three main POV choices. One has varying levels of “deepness” with fancy words like Omniscient, objective, narrator-subjective, or character-subjective. I’m not going that deep. Once I give a brief description of each, I offer some tools you can use to maintain a strong POV, which is the point of this whole thing. 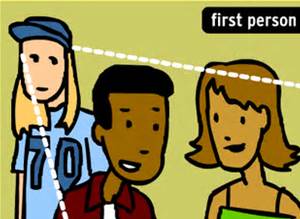 The drawback to using 1st person is you can only tell the story from one character’s head. The reader can only see, smell, touch, taste, know, and think what that one character does. 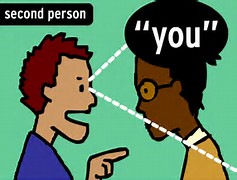 This is mostly used for adventure books where you choose your own experience, self-help, and do it yourself books. The writer tells the story using you, yours, and you’re. This blog is written in second person. Some examples of 2nd person POV are:

The drawbacks to using 2nd person POV in fiction is: if the story doesn’t apply to the reader, they may feel no emotional connection. 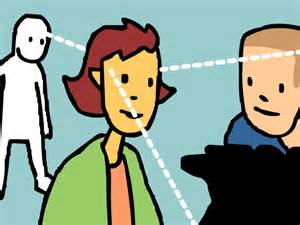 This is the most commonly used POV in fiction writing. For this article, I’m going to keep it simple. I want to talk about 3rd limited and close. Close meaning how deep you get into the character’s head. The story is told using the words he, him, his, she, her, hers, it, its, they, them, their and the character’s name. Some examples of 3rd person POV are:

In the second example, I use some of the 5 senses to bring the reader close to Sally. The cat’s meow echoing through the empty space… She hears his meow. Only Sally knows why she smiled. The addition of, “He pressed his soft, furry head into her hand, and the tension of the day washed out of her.” brought it deeper into her head with touch and emotion.

When using 3rd person POV, you can tell the story from more than one character’s head, but not at the same time. Each scene must come to an end before you switch the point of view. For more in-depth information, with a deeper look into 1st, 2nd and 3rd, check out this blog. It’s very detailed. 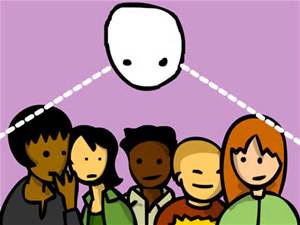 All I plan to say on this is that Omni is a floating head who tells everything that happens. This head is like a camera who sees and knows all. Omni can tell the reader what’s in every character’s head, the leaf on a tree, the past, the future, the solar system, the animals… The floating head uses the words he, him, his, she, her, hers, it, its, they, them, their and the character’s name.

Sounds easy right? This POV can be hard to maintain, and it may be difficult to do well and not look like it’s a scorching case of 3rd with a bad head hopping.

Head hopping is one of the biggest reasons many agents and publisher pass on a story.


Who’s In First, What’s In Second, and I Don’t Know’s In Third

It sounds simple. You pick which head you want to tell the story. A leaf, a coat hanger, a person, a dog… The hard part is sticking to it and not wandering off into other heads. The success to making POV work is consistency.

For all intents and purposes, the rest of this article will NOT include Omni. 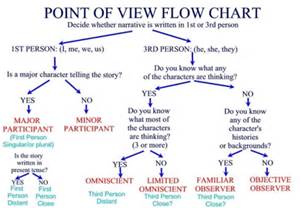 The ABC’s of POV

For me, the easiest way to maintain the POV is to settle into the character’s shoes. If the character doesn’t see it, smell it, think it, know it, taste it, hear it, or it didn’t happen in their presence, then the reader can’t know about it either. The point of view character cannot describe themselves, where they live, and work and other characters they see every day. Doing this is slipping and sliding into amateurish Omni.

Why can’t the character describe themselves? Because it distances the reader from the character and makes the scene from a floating head. How? As you walk through your daily grind, do you consciously think about your bright, blue eyes, your red, pouty lips, or brown hair, tanned legs, muscular chest, big boobs… No? Then neither does your character.

Unless they are standing in front of a mirror. Using a mirror to describe the character is boring, overdone, and cliché. If your character isn’t looking in a mirror, they cannot see what they look like to know if their cheeks are red from a blush, or their green eyes are snapping with anger. They can feel the heat of the blush. They can show anger in other ways, without describing how they look. 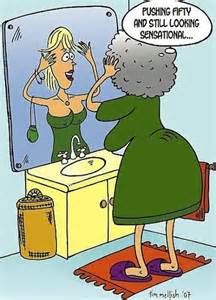 If you use the mirror trick, be careful. You need to stay within the character’s behavior. If your big, burly, hard-core biker bought a new t-shirt, he isn’t thinking about how it brings out the blue in his eyes. Unless that’s been his personality all along.


Describing a Character When You Can’t Let Them Do It

Men and women all over the world shop, dress, and look at themselves in the mirror, describing how they look to themselves. Narcissistic. In fiction writing, it’s boring and lazy.

But, when we buy new clothes, we notice how they fit. When we get a new haircut, we admire how it makes us look. Introducing something new is the best way for the character to describe themselves and stop from being boring or narcissistic.

I like to write in close 3rd with more than one character POV. I write romance. Readers of romance like to know what at least the two main characters are thinking, so that gives me the opportunity to use the first time they meet to describe each other.

Even the setting is a character that helps determine the POV.


The Setting is a Character?

You bet it is. The POV applies to the setting just the same as it does to the characters. All is seen through the eyes of the POV character, thus the reader can only see what is around them. If the character doesn’t see what happened at the neighborhood watch meeting, then neither can the reader.


Working With the Setting and Other Characters

When we see something all the time, we don’t see it anymore. Unless something new is added. You do, however, notice a long, deep scratch in the mahogany surface of your favorite side-table that wasn’t there before. That’s allowed because the scratch is new. Your character drives a junky car? Have her pull up to the valet parking, and be embarrassed when it backfires and smoke belches out of the exhaust, enveloping the people standing around dressed in their best.

If your character hasn’t seen someone they know in a long time, this is a perfect opportunity to describe the signs of aging and give the reader a description of them. You can use a new haircut, a new dress. These are opportunities to describe someone the POV character sees every day.

You need to tell the reader what a different character is thinking? Use your dialog words. You need to give some backstory? The little, nosy, old lady in the coffee shop can ask a couple of questions, can’t she? Want to describe the setting? Flying birds, blowing wind, the setting sun, falling snow, all of these are good ways to focus your character’s attention on a setting they see every day. 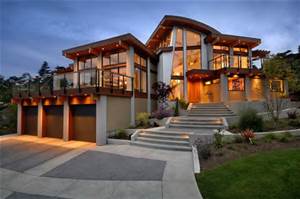 Many thanks to George Wells, Milli Gilbert, Ron Owen and Victoria Kelleher for all your help with this!

2 thoughts on “POINT OF VIEW”